Although I am not primarily a 'gag' cartoonist (not being anywhere near clever enough) I have occasionally been persuaded (usually by money) to attempt the style. The results speak for themselves....

Probably the most succesful were the long-suffering football supporters, Norm 'n'Ec, whose gloomy exploits featured in several major league football programmes for a few years as part of a Trivia page. The page was the brainchild of BBC football reporter Eric Partridge, one time Commercial Manager for Birmingham City Football Club, and with my Villa connections we were a match made in hell..... 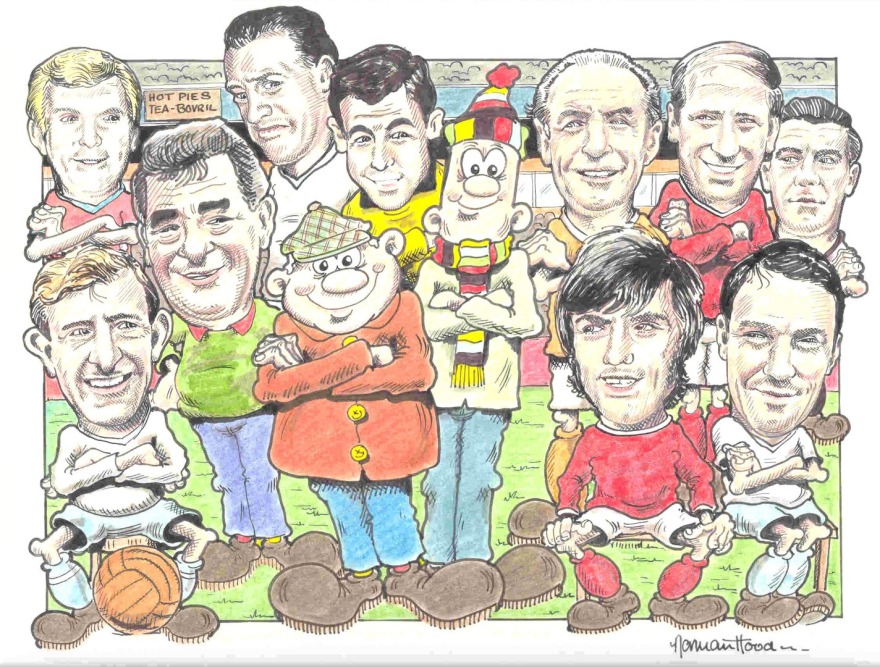 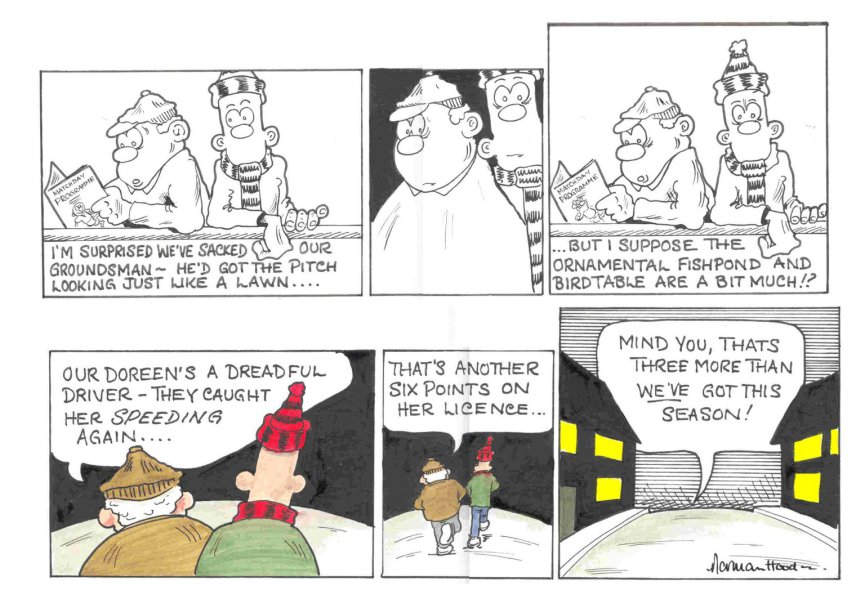 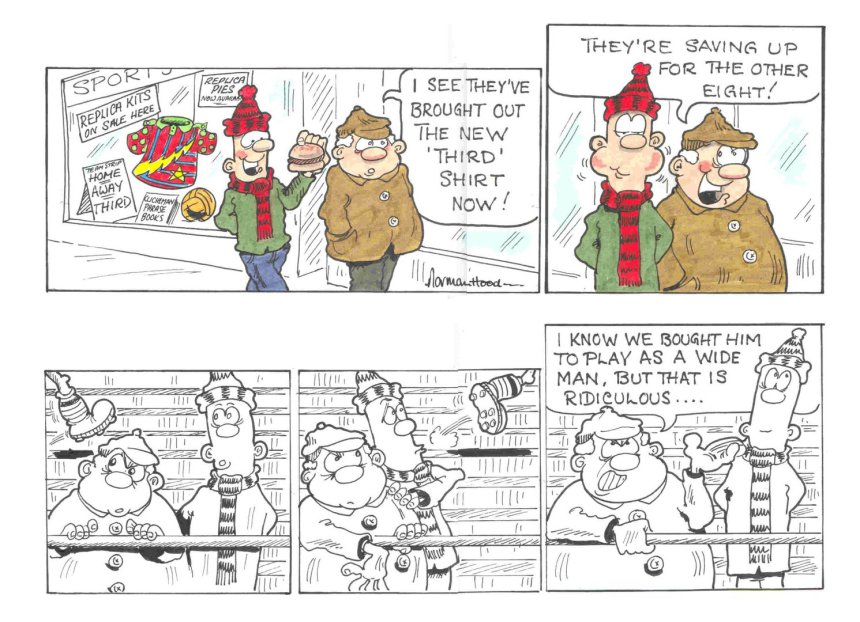 This athletic couple appeared in the short-lived 'Aerobics and Fitness World' which those of you who have seen me will know is not my natural environment!

This strip combined two of my favourite things - Roadside Diners and Liver & Onions. Unfortunately a bit of a health scare brought a premature end to the strip (and very nearly to me!)

A very early attempt, hampered by the fact that I cannot swim, sail or paddle in anything over knee-deep

Some Club Mascot adventures for the kiddies 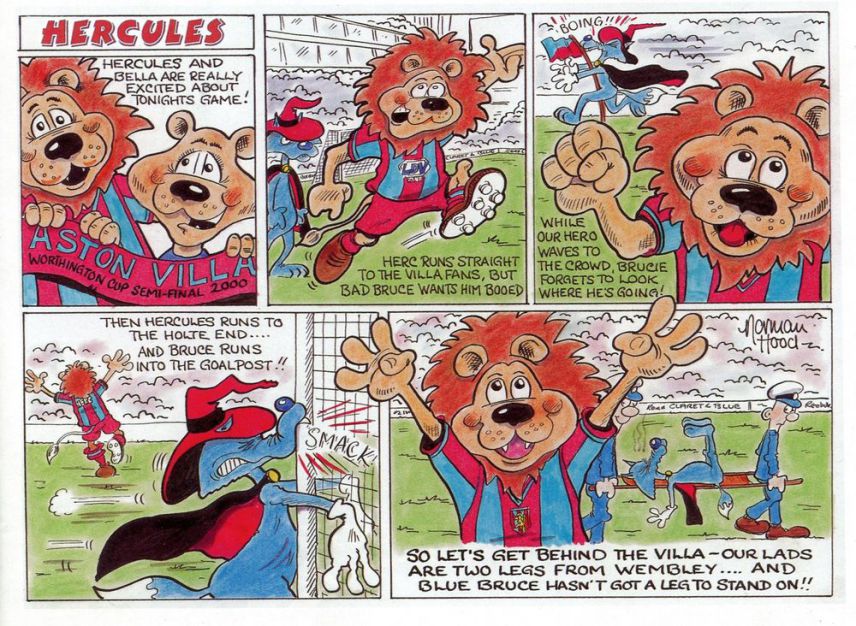 This was a newspaper project, originally just SPORTS DAY and designed as a regular daily syndicated feature. Eddie's name was added  to try and get more interest at the time. It was optioned and then forgotten. Shame, as I enjoyed doing it though it would have been quite demanding.